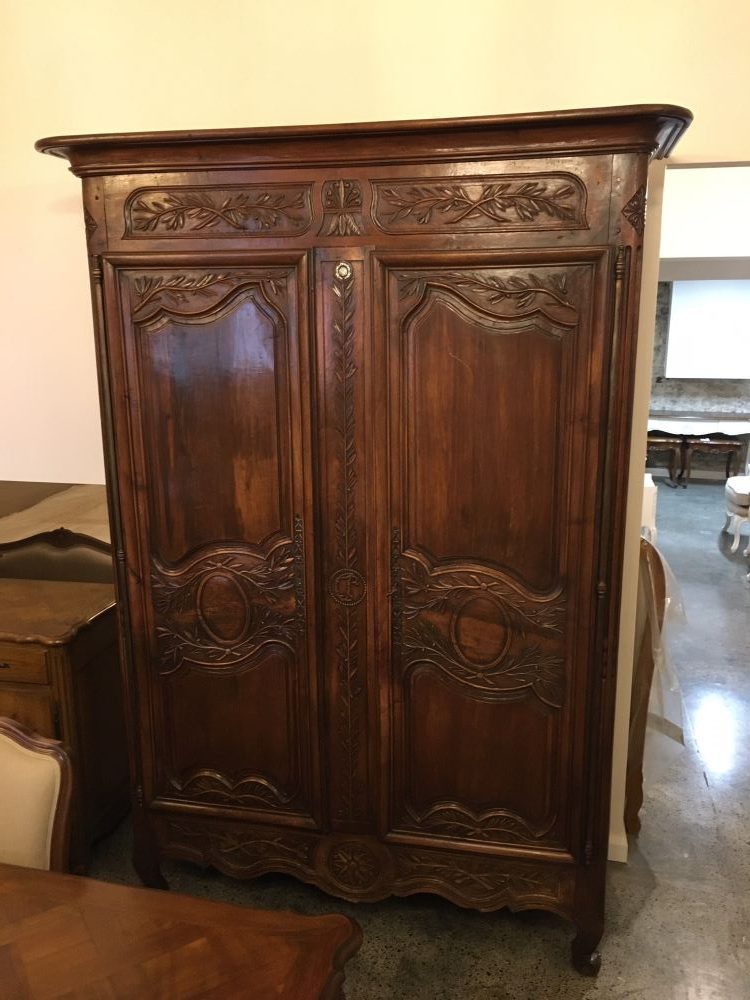 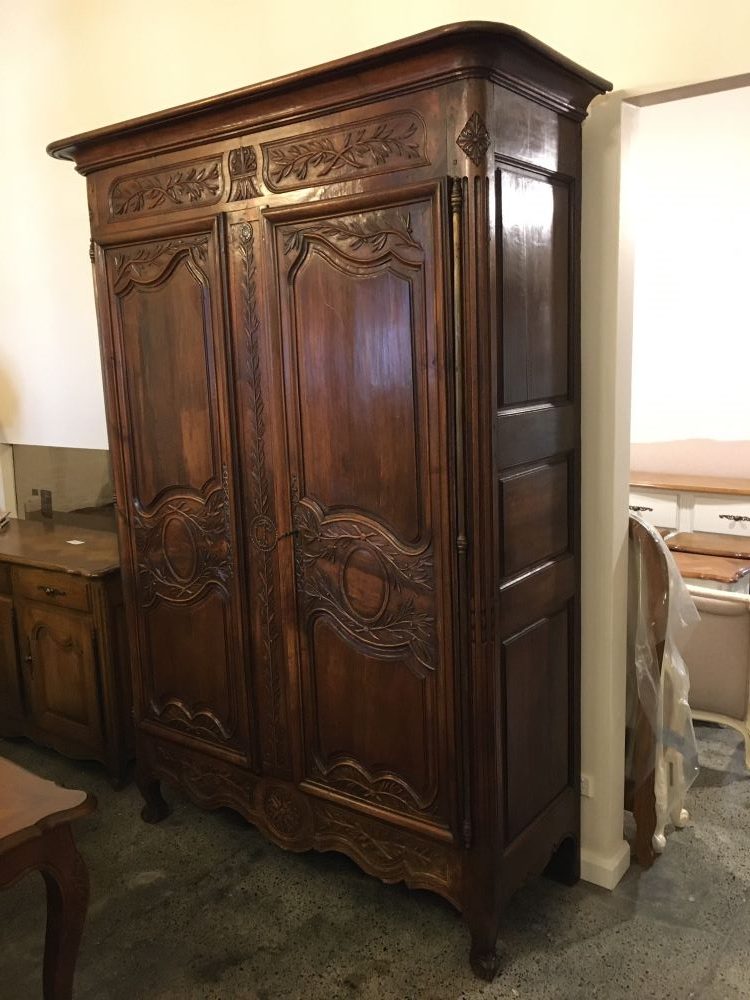 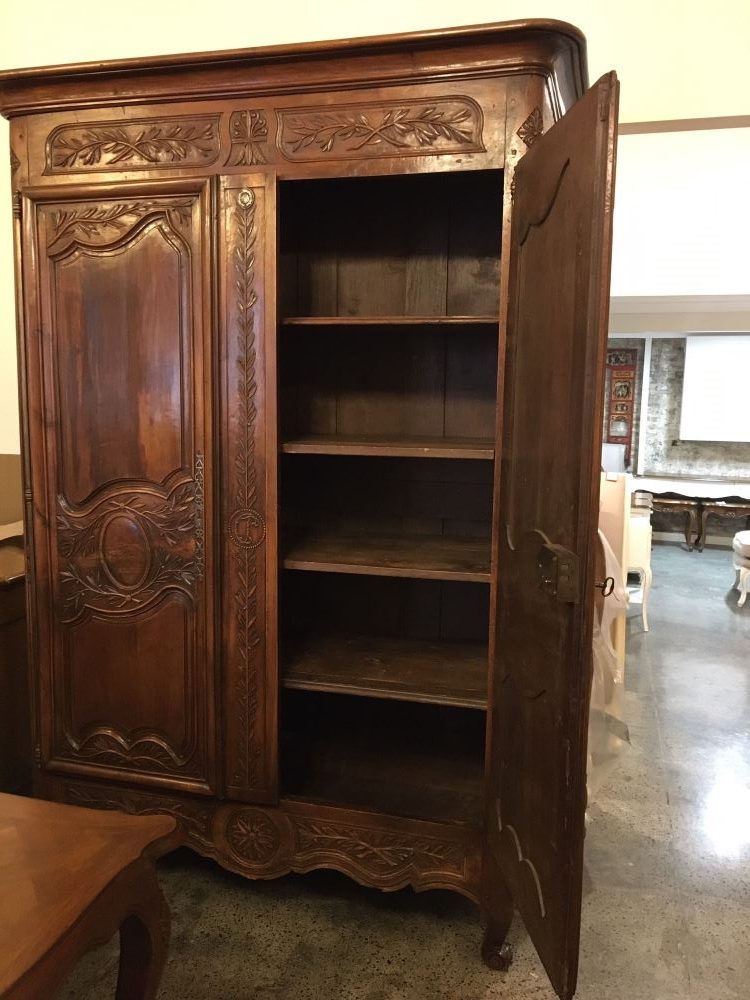 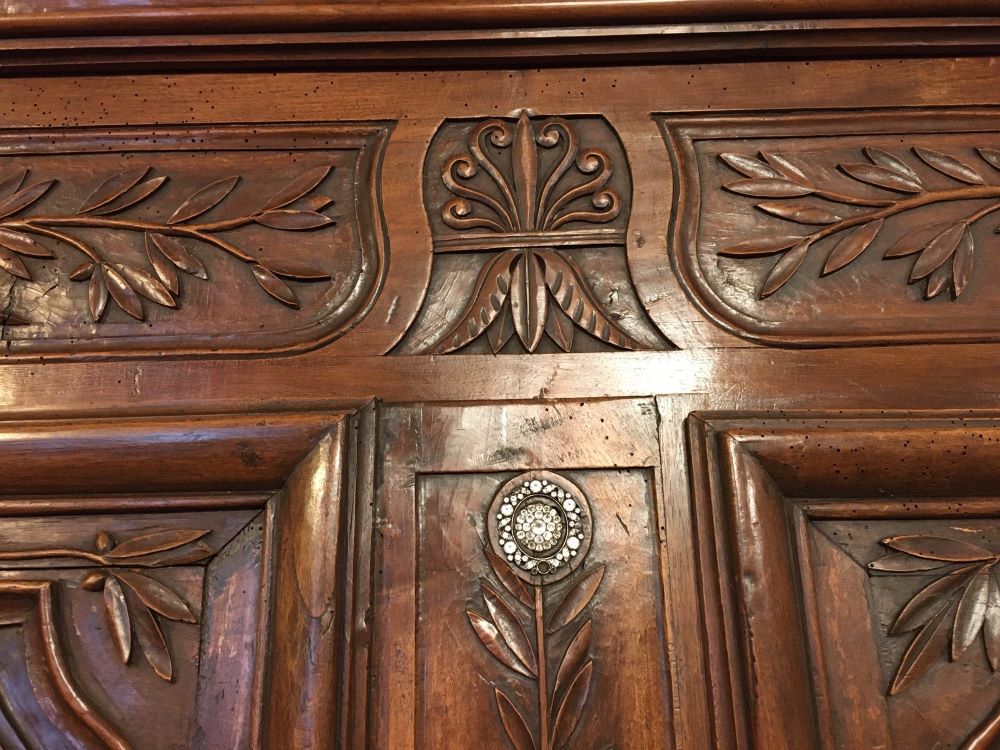 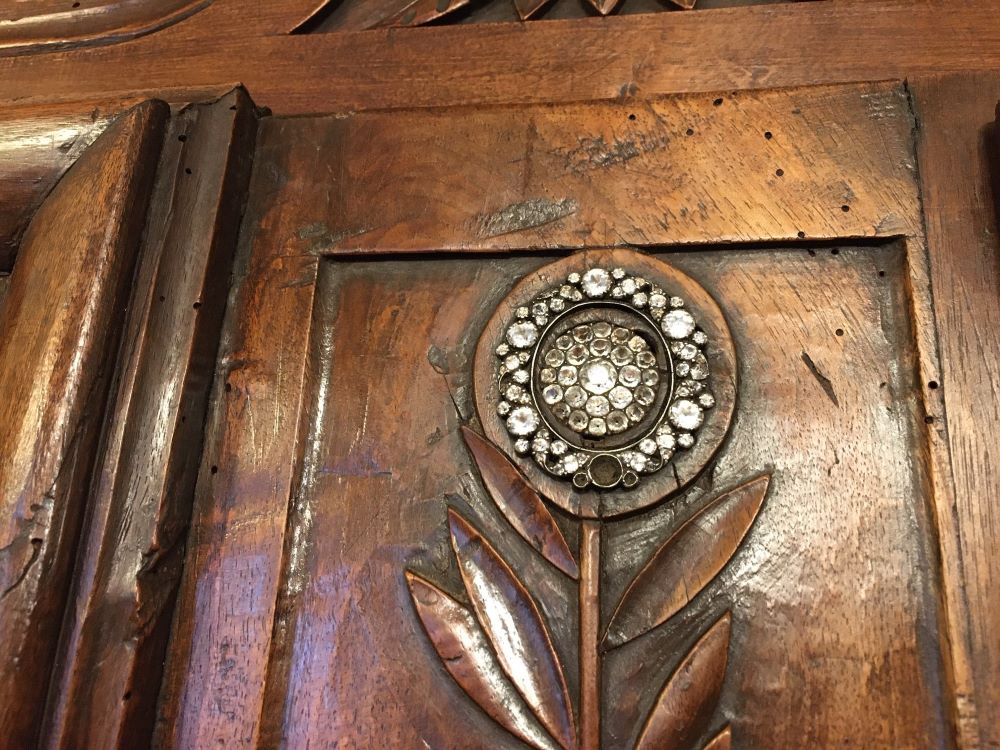 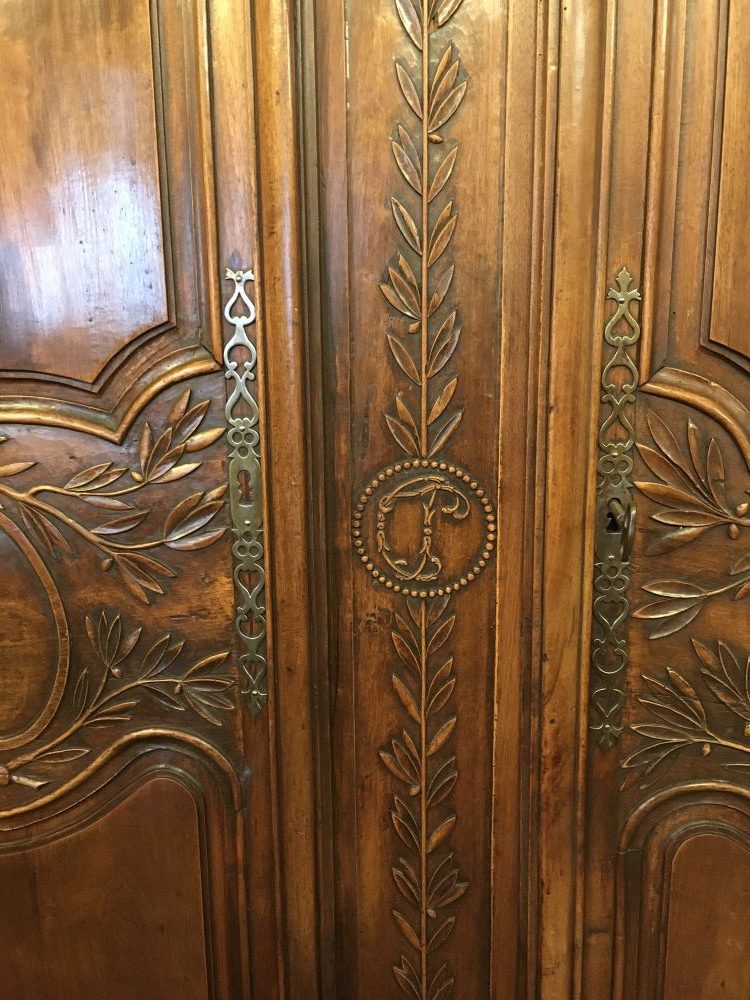 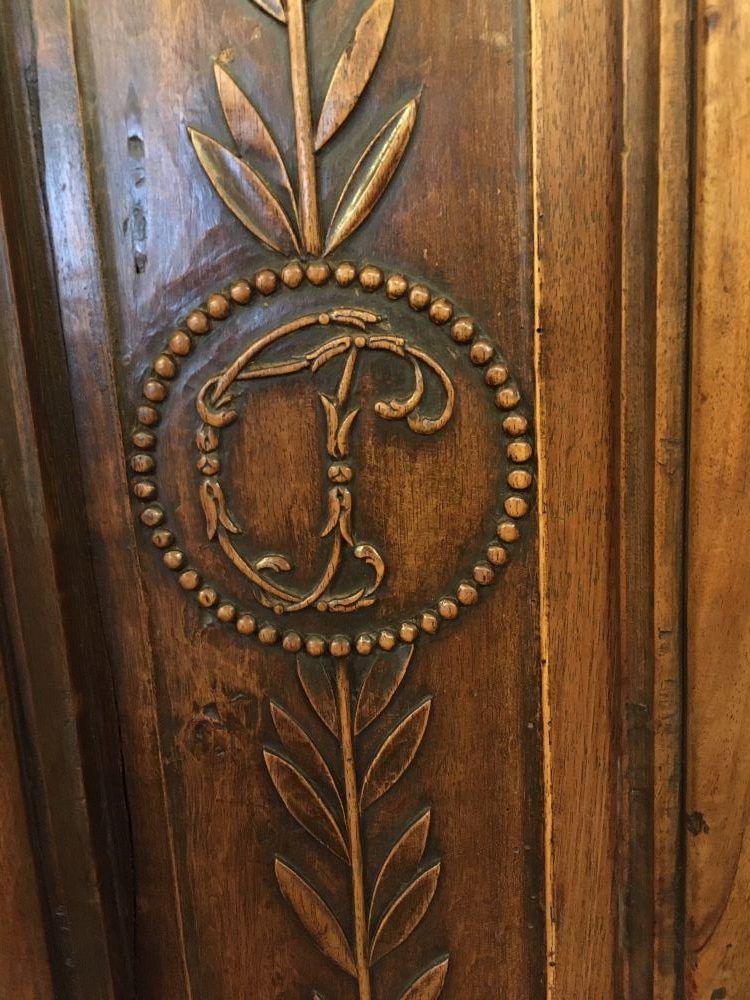 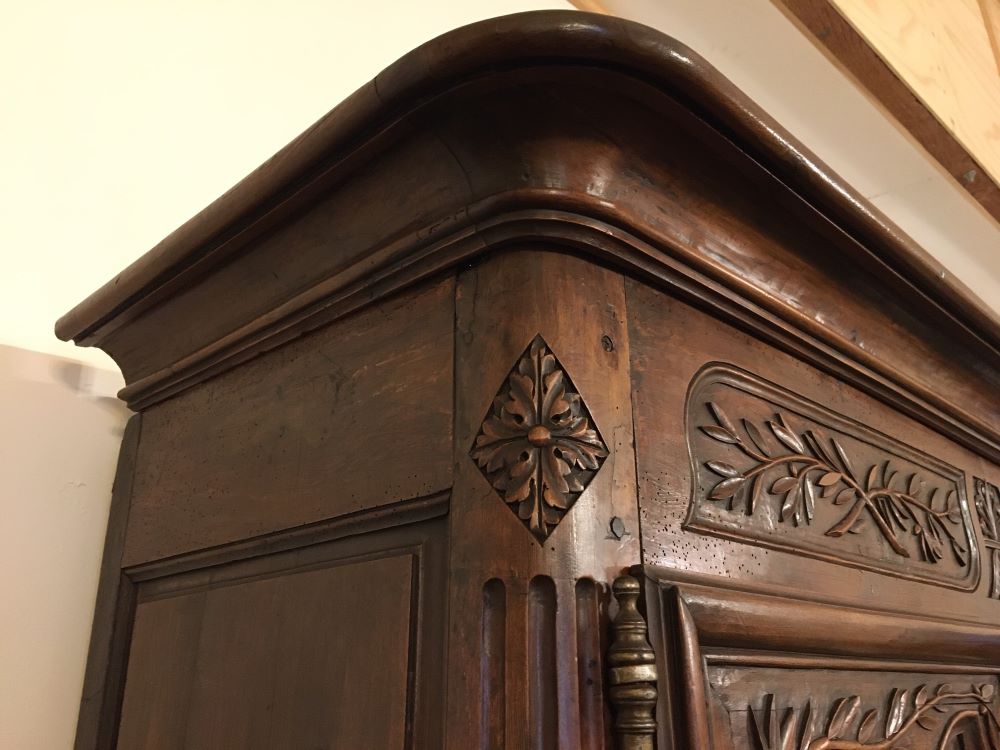 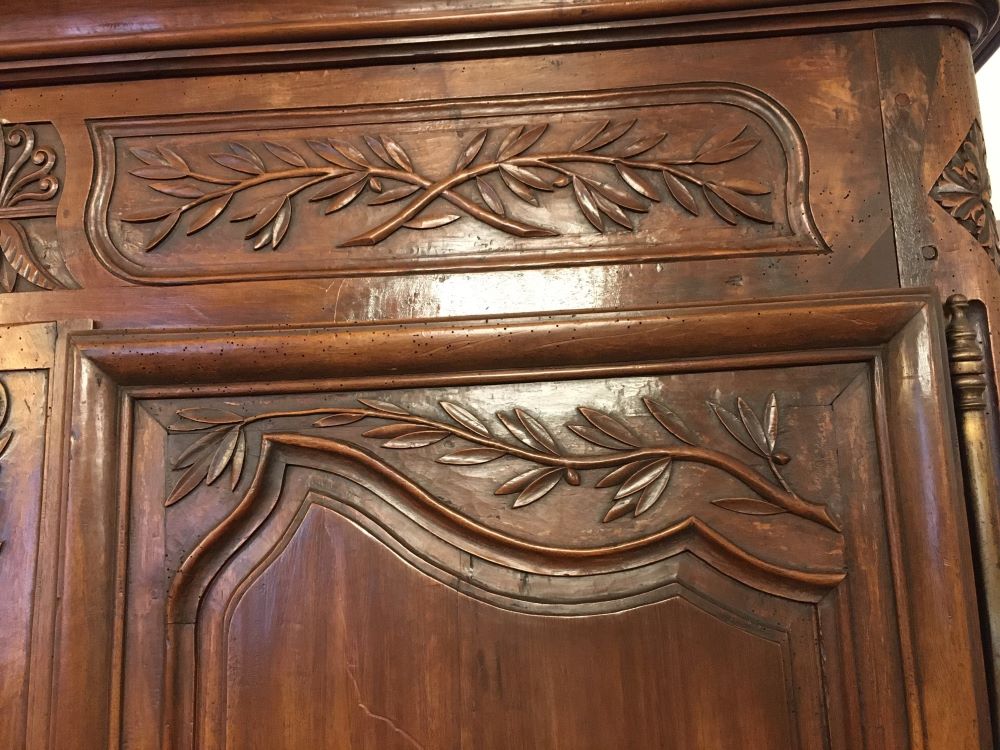 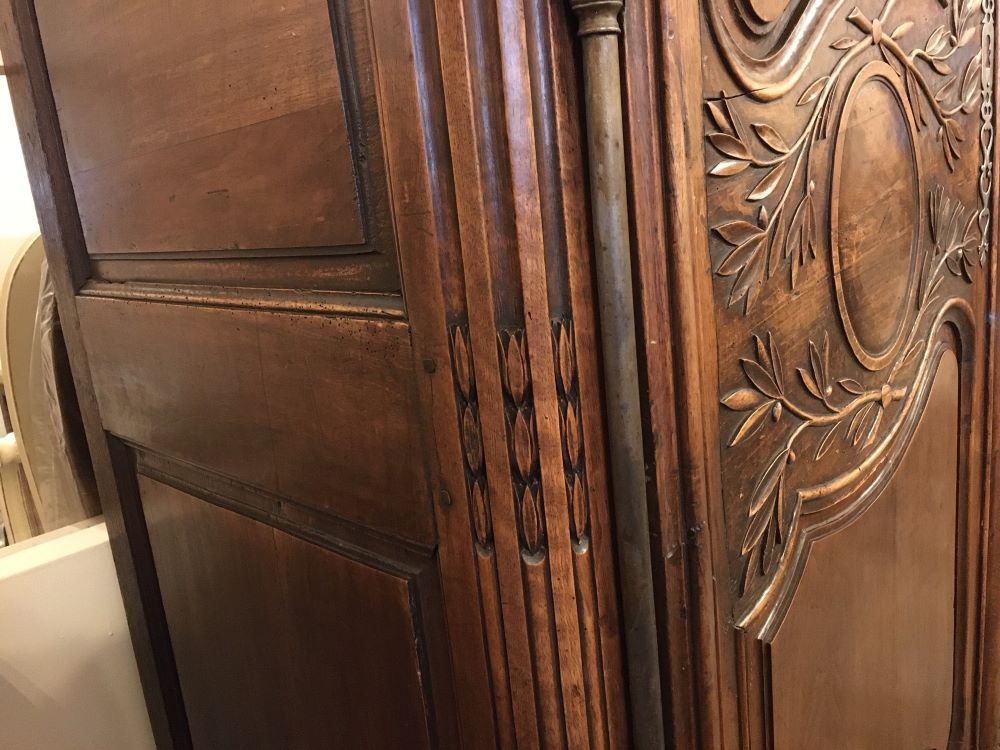 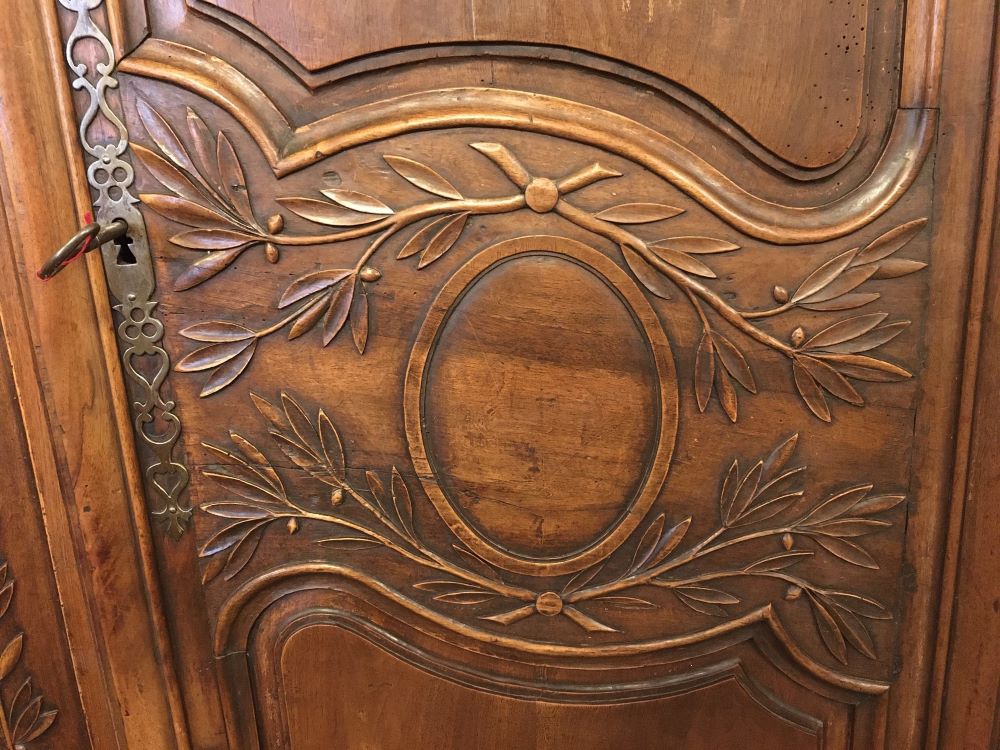 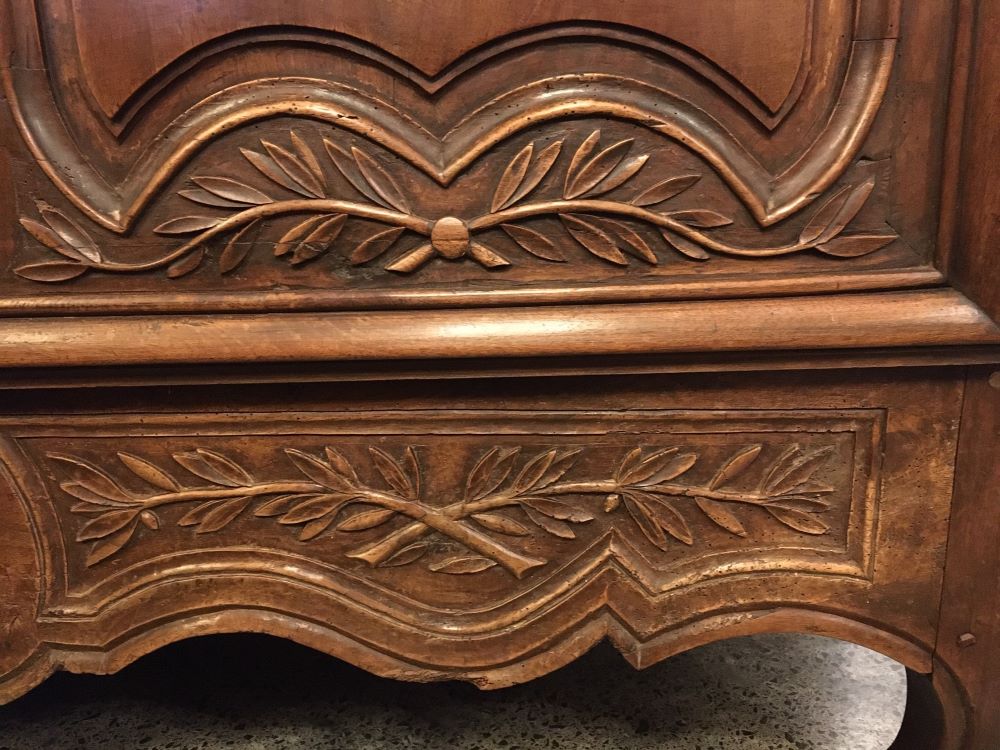 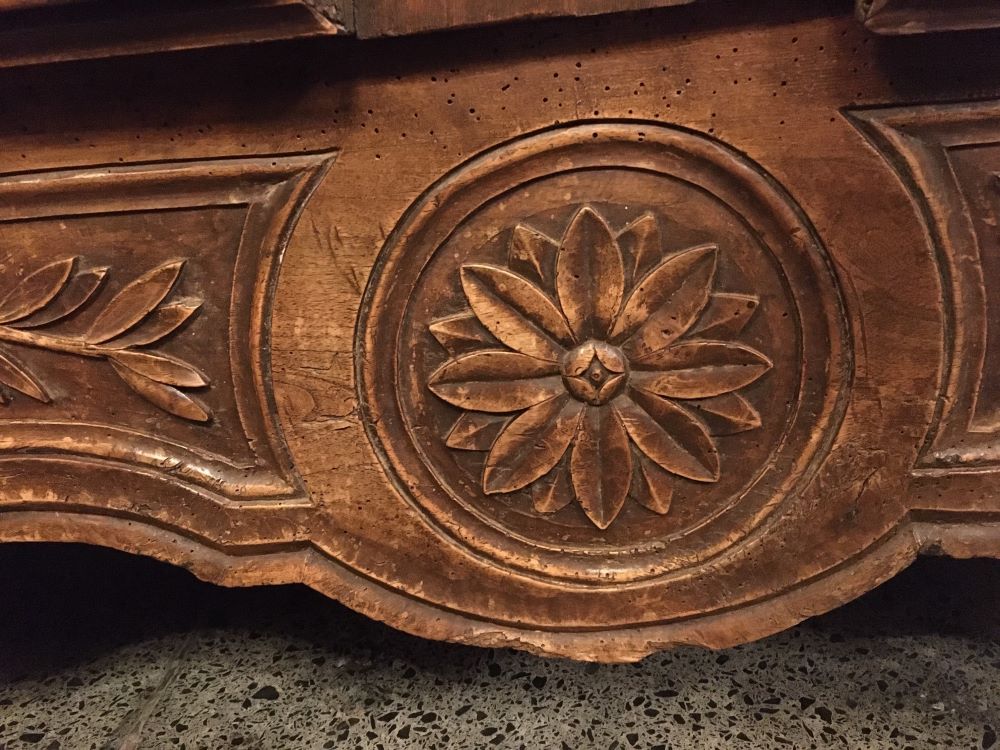 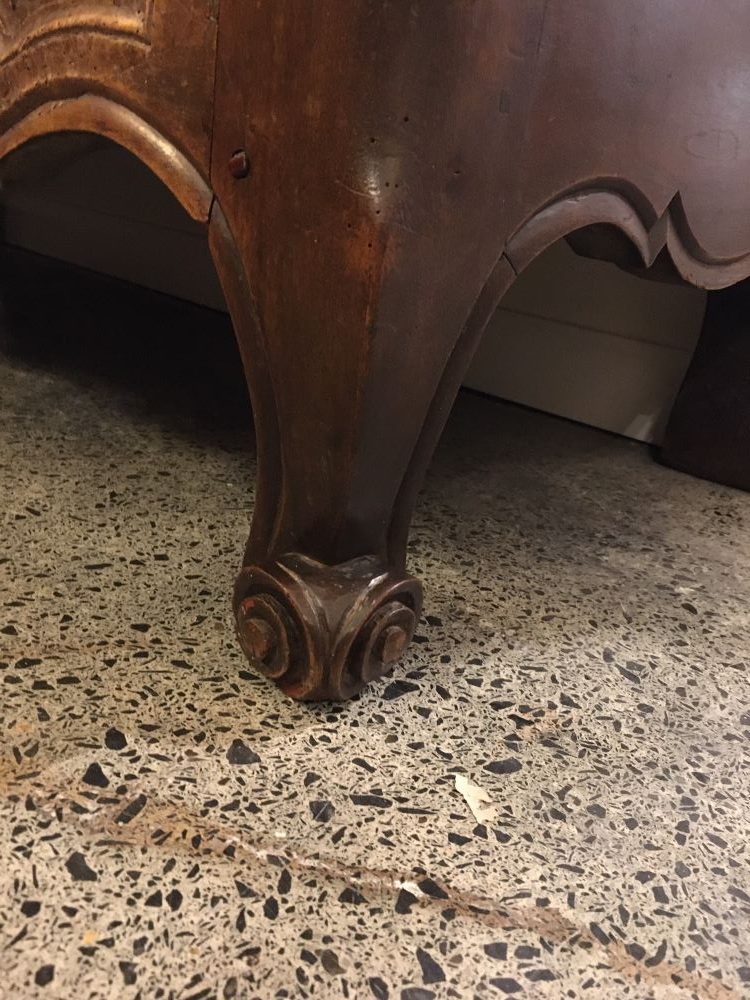 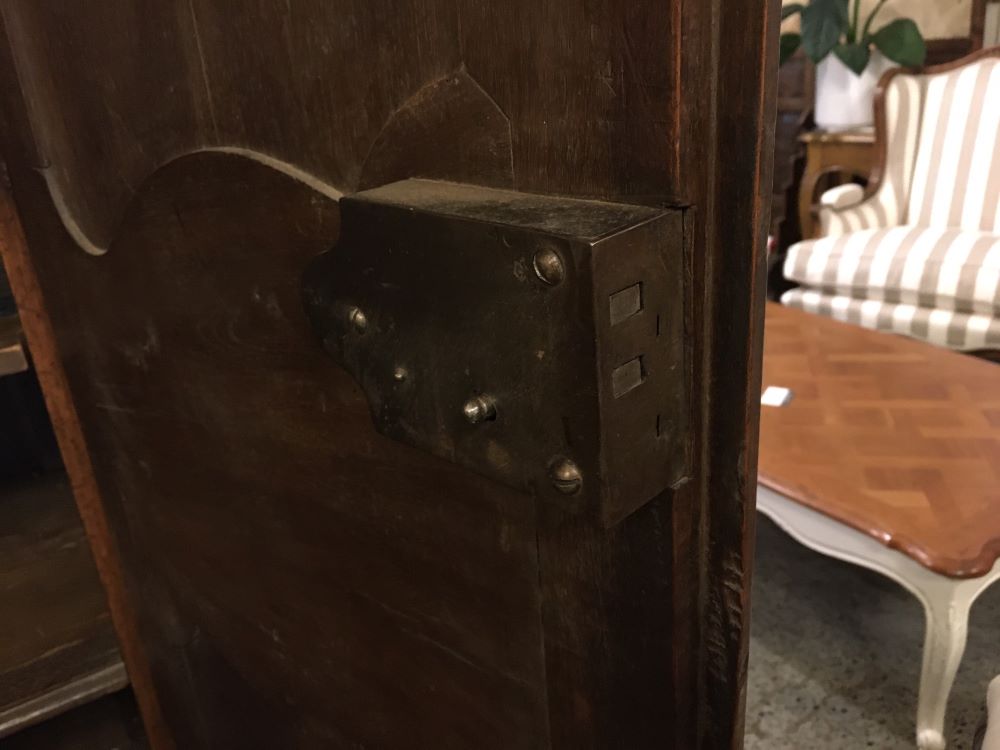 This majestic antique French walnut & oak armoire is a stunning example of the French Provincial Louis XV style. This rare French Provincial Louis XV armoire featuring very fine carvings of olive at top & bottom front as well as its two doors with a wonderfully rich patina.  The inlaid diamond(crystal) rose in the middle is made it most exceptional.  Original mountings with large key characterise this brilliant 18th-century furnishing. 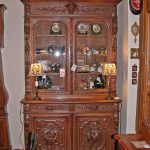 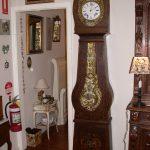 Antique French Comtoise Clock with has manufacturer’s label Next