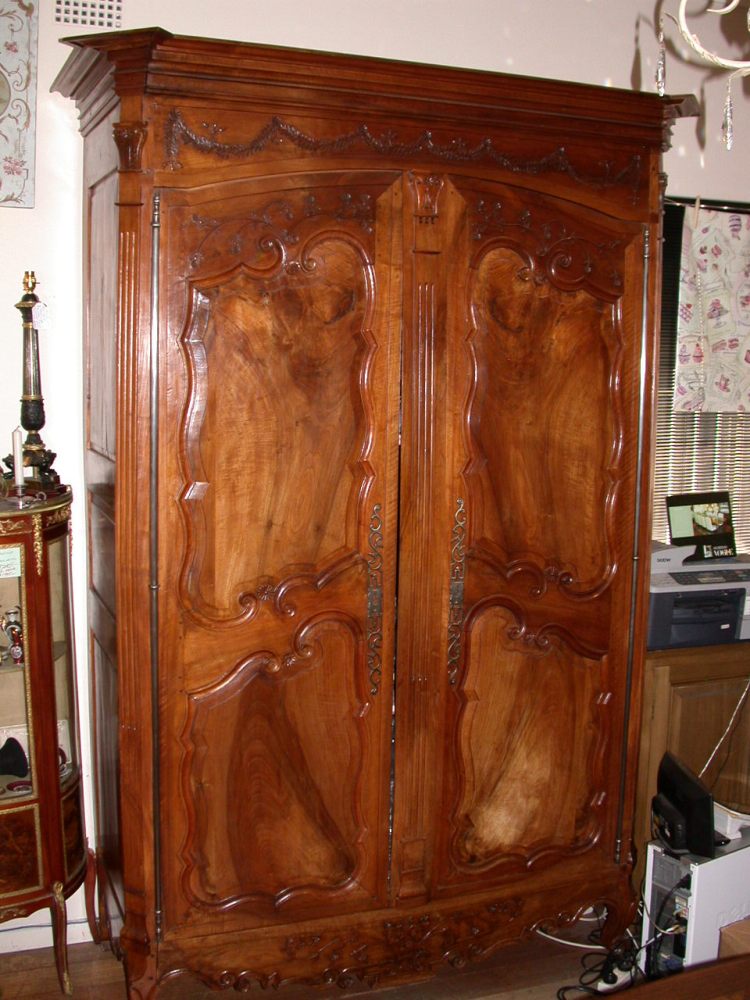 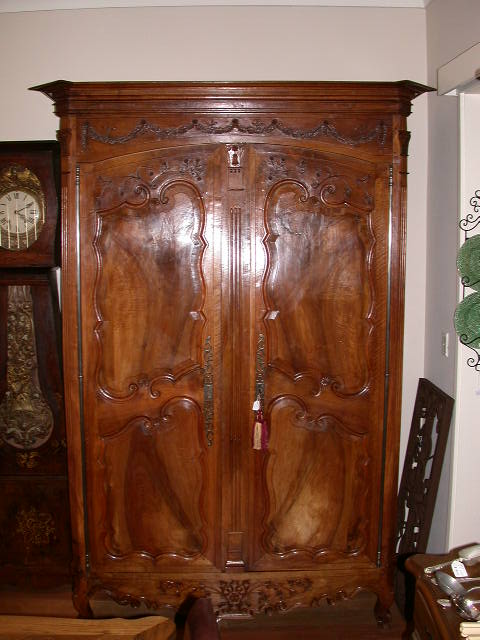 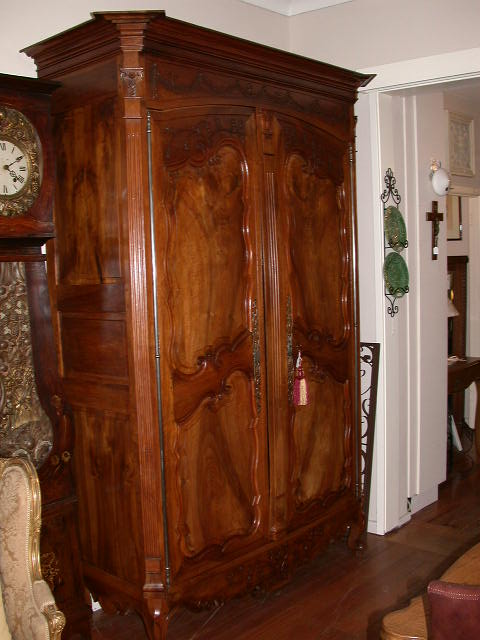 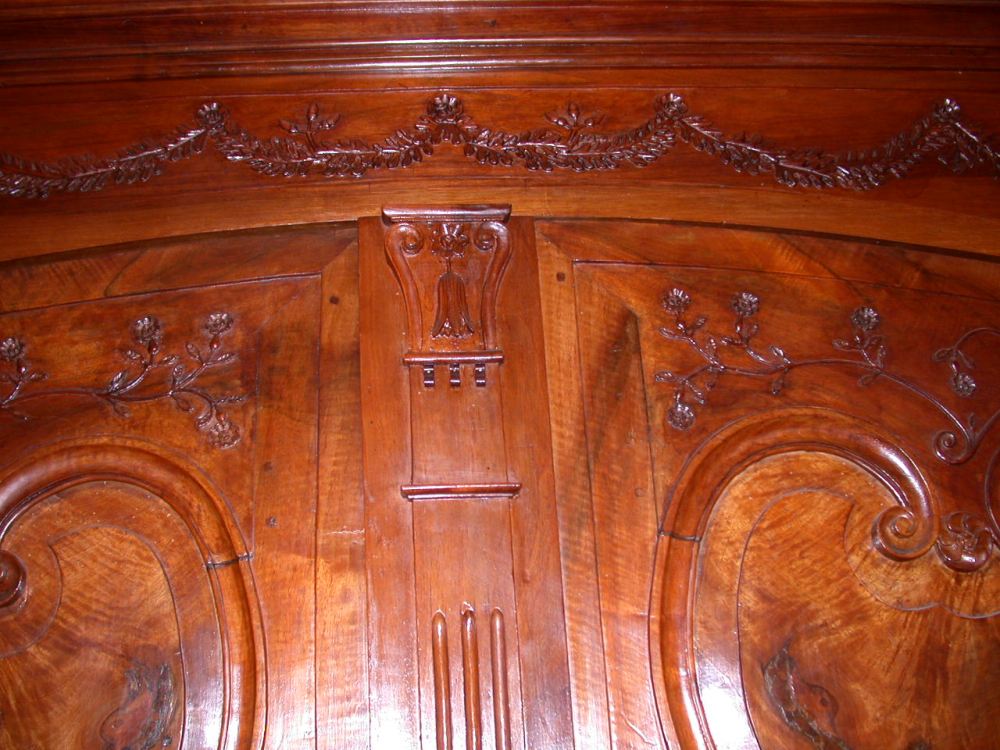 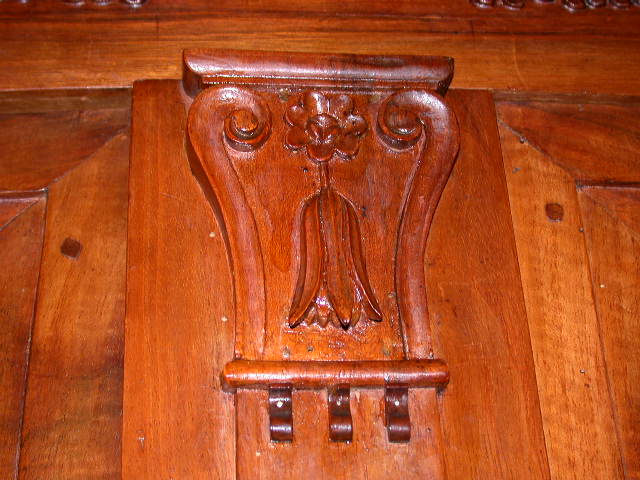 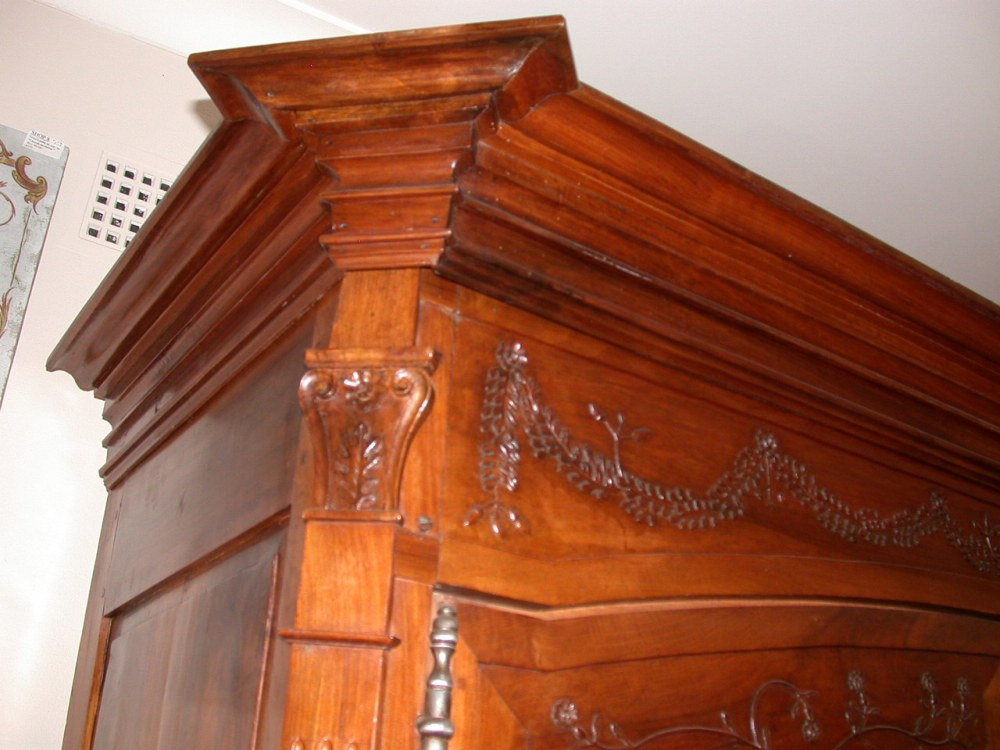 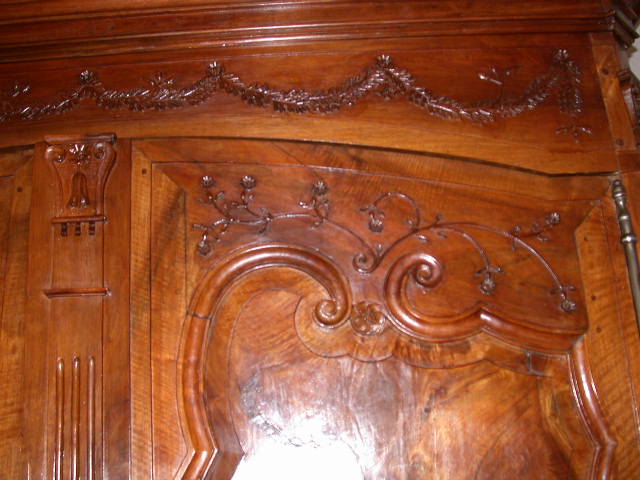 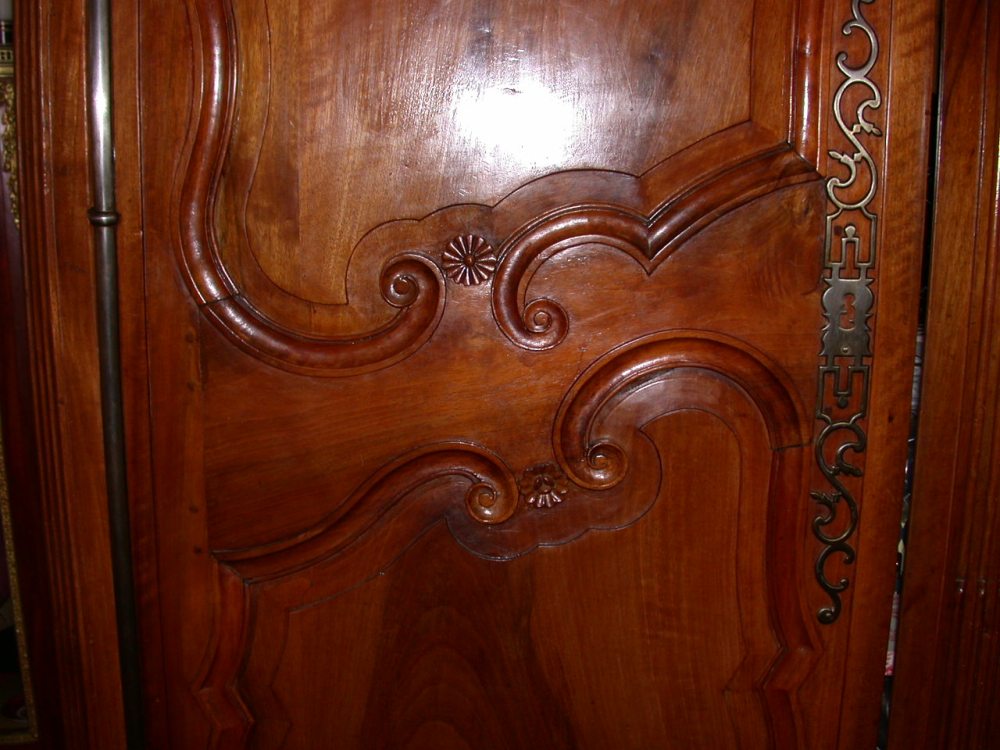 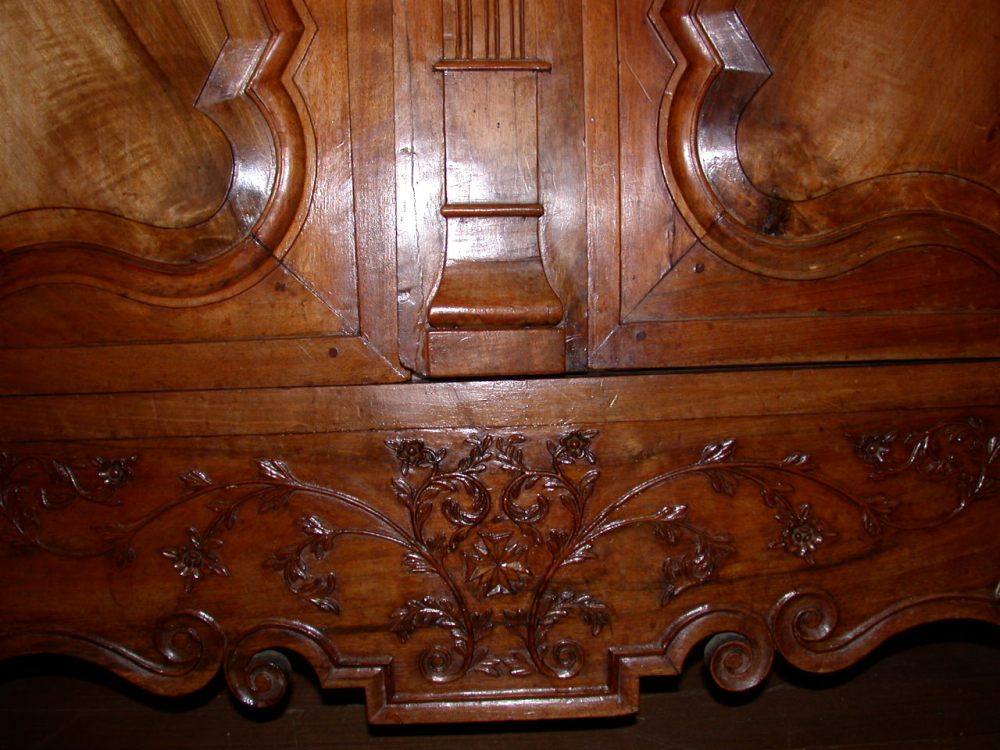 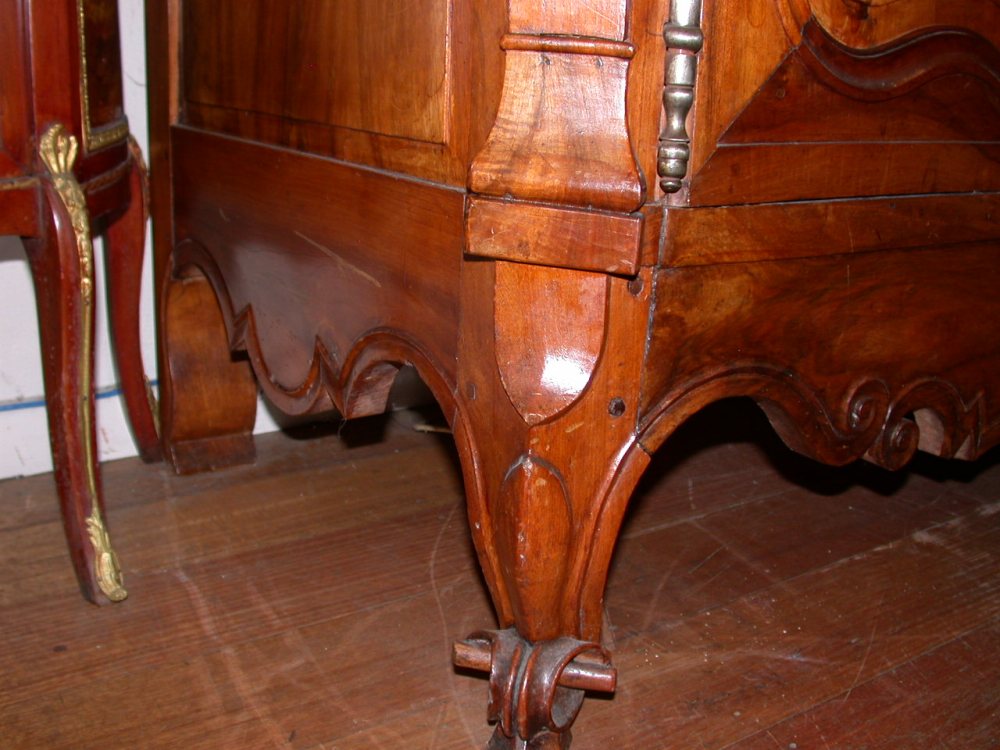 The first armoires appeared in France during the latter half of the 17th century and were most often the dominant feature of the home. These large cupboards were used to hold a family’s belongings from linens to clothing to silver and even food. Cabinetmakers drew their inspiration from the cupboards of Italy, Germany and Spain, but by the reign of Louis XV, the French armoire had reached its height of popularity and possessed a distinctly French flair. Originating in France in the 18th century, the French Provincial style was born of the ornate Louis XV and Rococo. However, it was crafted by furniture makers in the provinces, outside of the cities. By nature, its beauty relies more on form, function and available materials, and less on ostentatious decorative elements, such as gilding or intricate marquetry. Crafted of different kinds of solid wood, depending on the region (oak, walnut, elm, fruitwoods and sometimes mahogany), these pieces were carved with great artistry and skill, yet were made to be functional and long lasting. French Provincial Louis XV furniture was exhibited a more serene and approachable splendour. 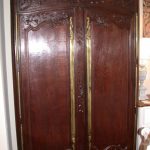 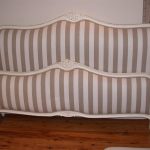